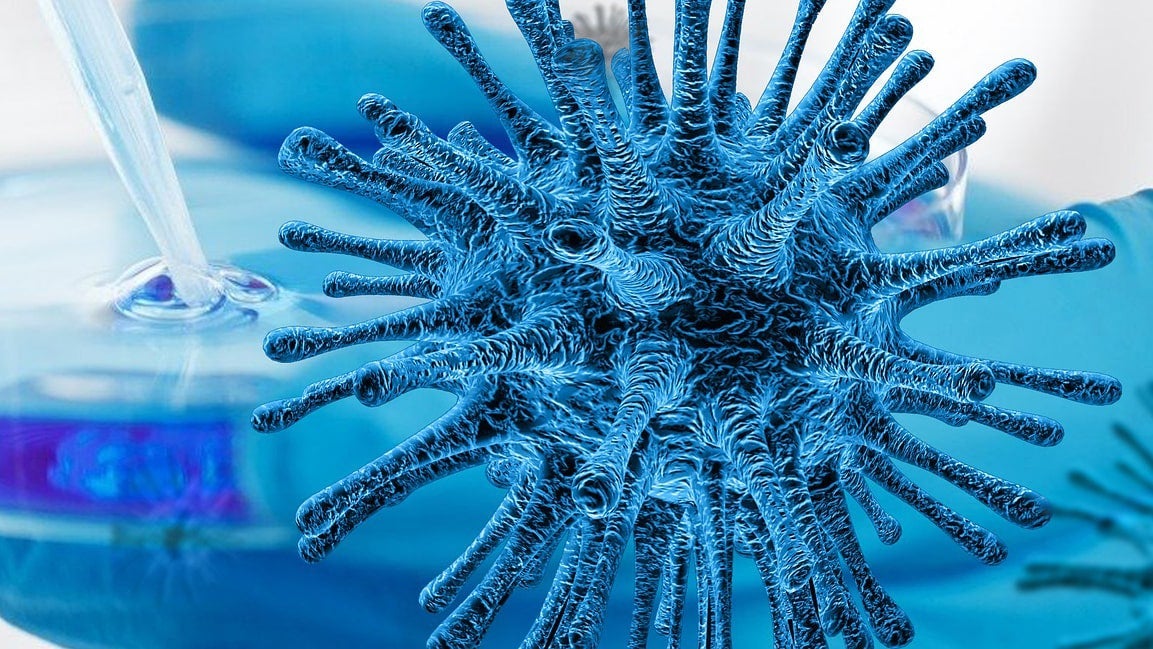 In the human adaptive immune system, we have two different types of responses to infections: B cell responses (responsible for producing antibodies), and T cell responses. Antibody tests for COVID-19 infection are used to detect antibodies against the SARS-CoV-2 virus. These tests have been used for surveillance purposes and in some cases aid in a diagnosis when molecular tests are inconclusive. T-cell-based tests for COVID-19 infection are used to determine whether an individual has a recent or past infection from SARS-CoV--2 virus. However, T-cell-based testing is often complex, costly and unfamiliar to many clinicians.

How can antibody tests be interpreted?

When interpreting antibody tests, it is important to understand that not all tests are the same. Antibody tests can detect different antibody classes such as IgM, IgA, IgG or total antibodies. Test performance also varies based on whether or not a person is asymptomatic as well as timing from symptom onset. In infected individuals, IgM and IgA antibodies will generally become detectable around six days after initial onset of symptoms. The levels of IgM and IgA begin to wane around day 14 after symptom onset. Seroconversion (antibodies become detectable in the blood) of IgG antibodies typically occurs around day seven to 14 after symptom onset and can often be detectable for six to eight months thereafter. It is also important to note that the timing of seroconversion can vary among individuals and is often delayed when there is an immune compromised state or severe disease. Given the time frame of seroconversion and waning of antibodies, a positive IgM typically suggests a recent or active infection. A positive IgG typically can be interpreted as prior infection in asymptomatic individuals. It is also important to note that testing too early (i.e. one to two days of symptoms) will most likely yield a negative result as there has not been adequate time for antibodies to become detectable. Note: Not all individuals with prior SARS-CoV-2 infection will generate detectable antibodies even when they have had proven SARS-CoV-2 infection.

Not only do serologic tests vary in what antibody class they test for, but they also vary in the antibody target. Serologic tests will often test for antibodies against N (nucleocapsid/structural protein), S (spike protein), RBD (receptor binding protein of spike protein that binds to ACE-2), or both N nd S proteins. Natural infection will have both the N and S antigens present and will produce antibodies against the N and S proteins. Research suggests that anti-S antibodies typically last longer than anti-N antibodies in natural infection. Most COVID-19 vaccines create anti-S (spike protein) antibodies. Individuals without prior infection who have been vaccinated would be expected to generate antibodies against the S protein but not against the N protein. Vaccinated individuals with both anti-S and anti-N antibodies may suggest vaccination and recent prior infection. Note: Not all individuals may have detectable antibodies even though the vaccine is effective. As a rule of thumb, however, individuals without prior infection or vaccination would not be expected to test positive for anti-SARS-CoV-2 antibodies.

How can T-cell-based responses be interpreted?

T-cell-based response testing can be complex and often requires reference laboratory expertise. T-cell responses to SARS-CoV-2 can be indirectly tested with antigen tests (such as Elispot) that tests for cytokines produced (i.e. Interferon gamma) in response to SARS-CoV-2 antigens (M, N, S peptides). Most convalescent patients tested with Tspot are reactive depending on which antigen is tested and which technique is used. These tests are unable to determine exactly which cells are producing cytokines. Flow cytometry with intracellular staining can be used to identify subpopulations of cytokine producing cells.

In addition to the above indirect testing methods, molecular tests can detect rearranged T-cell receptor beta(TCR-β) genes. The T-Detect COVID test uses PCR and next generation sequencing to detect the rearrangement of TCR-B. A database of known rearrangements associated with individuals with known immune response to SARS-CoV-2 is used in an algorithm to determine if an individual has had T-cell response to the SARS-CoV-2 virus. T-Detect has a high positive predictive agreement (97.1% per manufacturer) in convalescent sera from individuals with proven SARS-CoV-2 infection. A negative T-Detect COVID test does not exclude the possibility of prior infection from SARS-CoV-2, and to improve diagnostic accuracy, specimens should be obtained 15 days or more post symptom onset.

Are there any population factors that affect the interpretation of immune response tests?

Serologic tests typically have high sensitivities and specificities. However, when prevalence is low (below 15%) there can be an increase in false positive results, particularly with IgM based tests. Data are limited for how early T-cell-based immune responses can be detected following SARS-CoV2 infection and duration of T-cell immune response.

Can immunity be inferred from positive immune response tests?

Immune response tests can be useful and may help answer a number of questions, such as epidemiology and prevalence of COVID-19 among patient populations. This information may be useful in select cases to understand history of prior infection or vaccination. This information may aid clinicians public health officials, as they make difficult clinical, infection prevention, and public health decisions.

However, are these immune response tests able to identify individuals who have protective immunity against the SARS -CoV-2 virus? The simple answer is “no.” The immune system is complex, and it takes a combination of cellular and humoral immunity to have complete protection against a virus. Additionally, the antibody response and the level of antibodies in the blood vary among individuals. Factors such as immunosuppression status and disease severity can affect the timing of antibody response, duration and levels of antibodies found in the blood. It is not known what quantity of neutralizing antibodies confers protection against the SARS-CoV-2 virus. More research is needed to determine the quantity of neutralizing antibodies and level of T-cell activity required to confer protection (“immunity”) against SARS-CoV-2.

For these reasons, the CDC has issued a statement on May 19th, 2021 recommending that clinicians not use antibody tests to determine if patients are protected against SARS-CoV-19 from either vaccination or natural infection. Similarly, T-cell-based tests currently do not have an FDA indication to determine immunity. Advising patients on immunity based on these tests may lead to increased risks of exposure and infection.

How should immune response tests be used?

Although there are limitations to how serologic tests can be interpreted, they are useful in a number of areas. Antibody tests are helpful in epidemiologic studies to get a general idea about the number of individuals with prior infection across a population. Antibody tests should not be used as stand-alone tests for the diagnoses of acute phase infection with SARS-CoV-2. However, in situations where symptoms are prolonged or in which molecular tests are inconclusive, serologic tests can be used to aid the diagnosis of COVID-19. There is a large heterogeneity in test performance among immune response tests, and this should be kept in mind when interpreting these results. To reiterate, the quantity of antibodies that indicates “protection” from future infection is unknown. Additionally, T-Cell testing can be complicated, nonspecific (Elispot/cytokines), and have limited availability. More research is needed to determine what combination of immune response testing would be consistent with protection against the SARS-Cov-2 virus.