COVID-19 testing: Going to the dogs? 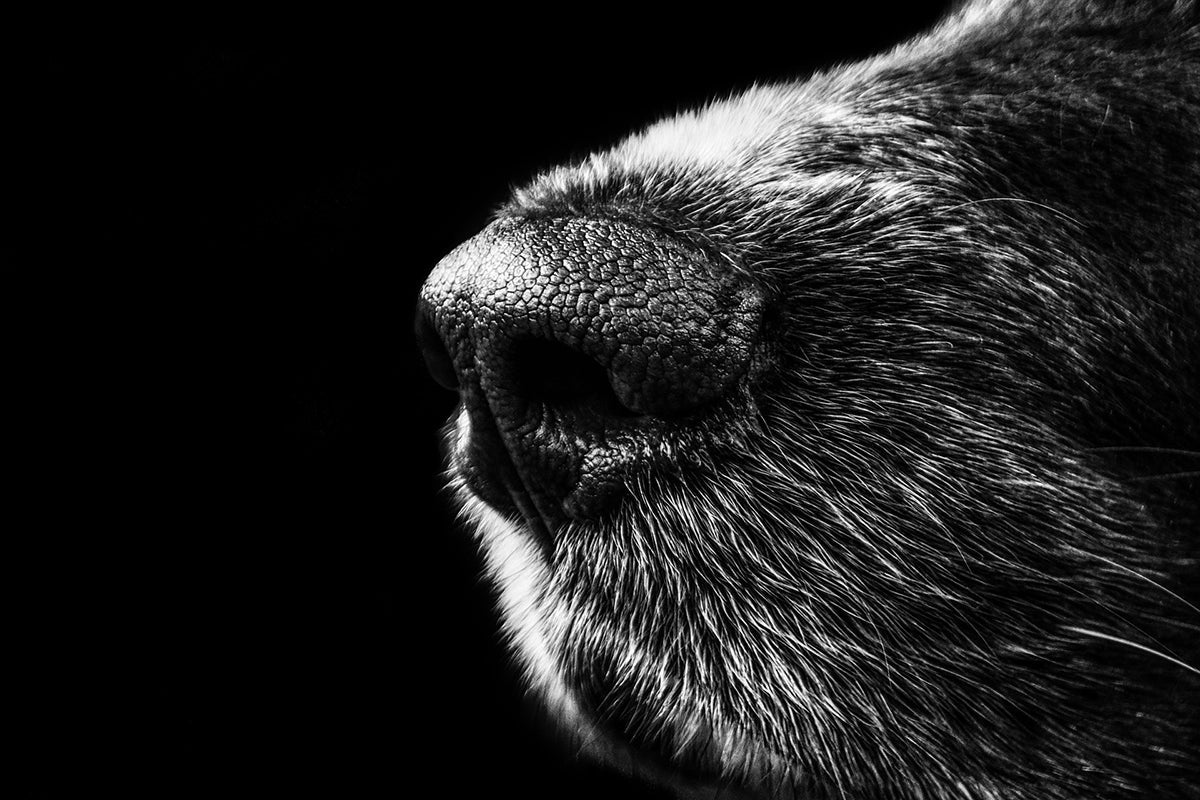 For at least the 15,000 years since the first-known burial of two humans with their dog, dogs and humans have cooperated intimately, with dogs getting food and shelter in exchange for performing work that they can do uniquely well. Working dogs utilize many varied capabilities, such as strength, speed, alertness and willingness to please (trainability). From the very beginning, it is likely that it has been the dog’s uniquely sensitive sense of smell that is the superpower that fed the relationship, in which dogs help humans by tracking prey, avoiding threats and being willing to learn any new smell-related task.

Estimates are that dogs can detect one particle in 1,012 to 1,015. That is equivalent to detecting a single drop diluted into 13 million gallons of water (i.e. 20 Olympic size swimming pools). Dogs achieve this with only one-third more smell receptors than humans, but evolution has tuned every part of their nervous system and their brains to enable a sense of smell that is up to 1 million times better than that of humans. 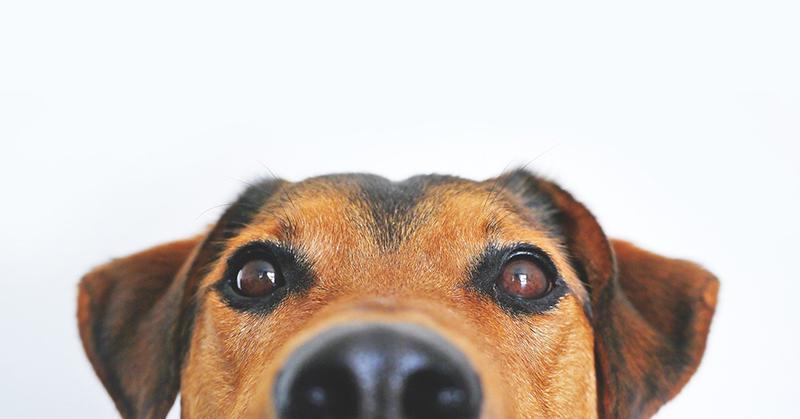 Dog stories are perennially popular, and several articles in 2020 highlighted the use of dogs to detect COVID-19. Using dogs in scent detection work is not new. They are used at airports to detect contraband and foods not allowed entry. They are used in prisons to find drugs, cell phones and stashes of cash. They are used by law enforcement to detect drugs, in search and rescue missions, and by the military to find bombs and landmines. On the COVID front, a government-sponsored test program at Finland’s Helsinki-Vantaa Airport had dogs examine 4,000 sweat samples on cloth. This way, no direct dog/human contact is required. Positives sent the passenger to the health office for a follow up PCR test. A similar Beirut airport project had the two best of 18 trained dogs screen 1,680 passengers, and 158 positive cases were found of which 92% were confirmed by PCR. Negative results were 100% accurate (unpublished results). “This is very accurate, feasible, cheap, and reproducible,” says Reid Sarkis, a surgeon and researcher at Saint Joseph University in Beirut quoted in a Nature commentary.

There is a long recent history of reports of canine abilities in diagnosing human cancers, including lung and ovarian cancers and melanoma; as well as clostridium difficile intestinal infection, among others. Medical alert dogs can anticipate seizures, high or low blood sugar, and perform many other life-saving functions in a companion role. There are many advantages to asking dogs to serve us in this way. Dogs can survey large numbers of people over large areas, results are immediately available and, in a high traffic location such as an airport, one dog can perform hundreds of “tests” per hour.

What is it that dogs detect through smell? The human body is a biological “factory” that changes its internal operations in the presence of disease. These operations emit a dynamic mixture of about 1,000 separate volatile organic compounds (VOCs) in breath, sputum, saliva, feces, urine and in sweat, the chemical composition of which reflects the changed metabolism of cells infected by virus combined with the immune systems’ attempts to eradicate it. The biggest differences will occur between healthy and infected individuals, less so the specific nature of the infection. None of the scientific research published to date tries to tease out this cross-reactivity, only asking dogs to distinguish COVID-19 samples from healthy controls. It will be essential to explore how disease-specific canine discrimination is before adopting it as an official COVID-19 identification technique.

Unfortunately, and in spite of strong but intermittent interest by the medical community, there are only small pilot studies and anecdotes because very few scale, controlled studies have been funded and performed. The first scientific paper on canine scent capabilities appeared in Nature in 1887. Since then, interest has ebbed and flowed, but no serious systematic investigation of canine capabilities in medicine has been carried out.

In January, 2021 a brief meta-study found only three original peer-reviewed research papers: Grandjean et al; Jendrny et al; Vesga et al; plus a plan for future research by Jones et al. All three of these are small proof-of-concept pilot studies, with similar COVID versus healthy controls trial design but, in this limited context, they uniformly concur that dogs are almost as accurate as conventional RTqPCR and about equal to the best antigen tests for COVID-19. 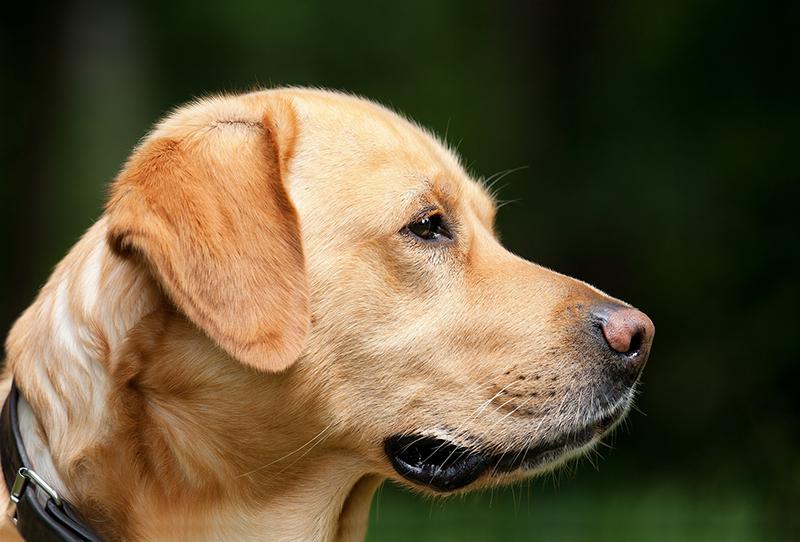 Since the dawn of the scientific age, humans have discounted canine help with tasks connected to clinical diagnosis. Why, after 134 years of interest and investigation, has essentially no progress been made?  It is broadly acknowledged that dogs accurately sense human distress and disease, even the changes of scent that distinguish stress from an innate inflammatory response, but can they be trained to detect the very subtle differences between human pathologies, and can they do it sufficiently consistently, repeatedly and accurately?  Can they do this with COVID-19? Increasingly, the answer appears to be “yes.” Dogs are already patrolling high-traffic public spaces today, adding COVID-19 testing to their work would be a highly cost-effective and practical solution.

Genie Joseph is a dog trainer, an Emmy-Award winning filmmaker and Executive Director of The Human-Animal Connection. She is the creator of The Act Resilient Method and author of the book by that name. She has presented her work to over 4,000 Service Members, Veterans and Health Care Providers. For this work she was given President Obama’s Volunteer Service Award.