ASU professor shares how to set own physical activity goals

Routines have a lot of benefits. They can provide stability and help us make progress toward our goals. But whether it’s for work or pleasure, too much of the same thing can always become a drudge — especially if you don’t treat yourself.

“We know that monitoring devices like Fitbits help people increase their physical activity, and we know that increased physical activity has long-term health benefits, including weight management, cardiovascular benefits and a reduction in cancer risk,” Adams said.

But one big caveat of devices like Fitbits is they take a one-size-fits-all approach, or what’s known as static goal setting, where users try to hit the same, fixed goal each day. This approach doesn’t account for the sometimes subtle and nuanced tweaks needed for real behavior change, which can leave people feeling disappointed in themselves or, worse, cause them to give up altogether. 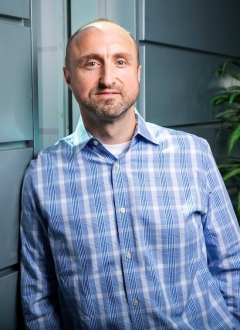 In addition to comparing static goal setting with adaptive goal setting — the latter of which is based on a moving window of performance and uses an algorithm to adapt an individual’s goals based on their performance over time — Adams and his team compared immediate reinforcement with delayed reinforcement in the form of financial incentives for physical activity performed.

The study, called WalkIT Arizona, equipped 500 adults in the Phoenix area with accelerometers that monitored their physical activity for a year. They were divided into a two (adaptive versus static goal setting) by two (immediate versus delayed financial incentive) condition factorial trial to see which interventions were most successful at increasing their walking.

“What we found was the group that did the best was the one with adaptive goals and immediate reinforcement,” Adams said.

In particular, adaptive goal setting helped participants initiate daily activity 50% more than static goals. And when it came to immediate versus delayed reinforcement, researchers saw about a 25% increase in the likelihood of initiating daily physical activity among those receiving immediate reinforcement.

“What was really neat was that we also saw a difference between the immediate and delayed groups of about six and a half minutes a day of moderate intensity activity, which corresponds to about 46 minutes a week, or about a third of what the national Physical Activity Guidelines suggest,” Adams said. “So not only did immediate reinforcement help to increase the likelihood of someone initiating any physical activity at all, but also how long they were active.”

The WalkIT Arizona study, which is still ongoing, is currently looking at how environmental factors play into individuals’ physical activity habits. To that end, 500 adults were recruited from an equal number of high- and low-income neighborhoods, as well as neighborhoods of both high and low walkability, meaning those with features such as sidewalks and traffic lights that make walking easier and those without such features.

Adams expects to publish results on that soon.

And for those of us whose physical activity monitors aren’t equipped with the researchers’ algorithm but want to give adaptive goal setting a try, Adams has a simple formula for tailoring physical activity goals based on performance. Simply look at the data from the last 10 days of your physical activity, add the highest number and the lowest number (of minutes, steps, crunches, what have you) and divide it in half. That number is your new minimum goal.

And don’t get discouraged by setbacks.

“We saw consistently, from every participant, that there's a lot of variability in people's physical activity patterns,” Adams said. “So what we’re trying to do is better understand and leverage that, and that means we also need to be OK with being kind to ourselves and giving ourselves realistic, achievable goals.”